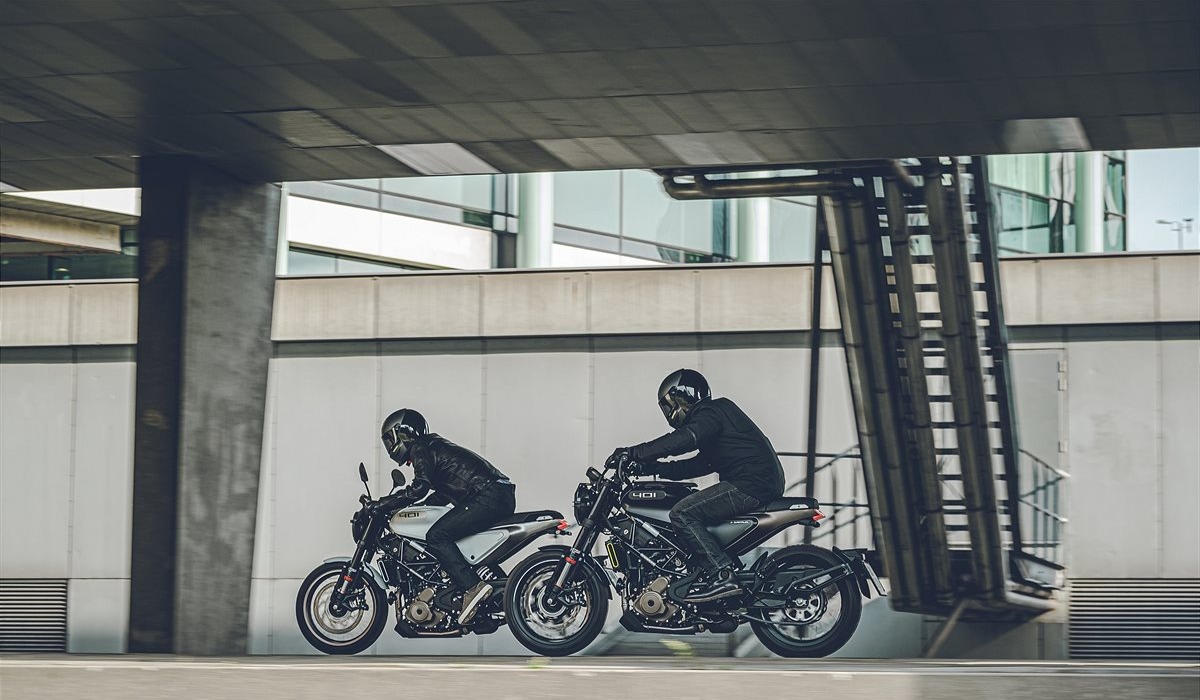 Husqvarna Motorcycles is pleased to announce the availability of the 2022 Vitpilen and Svartpilen range – exciting street models that combine ground-breaking, instantly-recognisable design with class-leading features and technology. Each of the dynamic single-cylinder trio – the Svartpilen 125, Svartpilen 401 and Vitpilen 401 – boasts new graphics for 2022.

The Svartpilen 125 combines intelligent design with high-end componentry. Like its larger capacity stablemates, the motorcycle features WP suspension, ByBre brakes and Bosch ABS. The fuel-injected 125 cc single-cylinder engine is EURO 5-compliant and packaged in a light, compact chassis for the optimum power-to-weight ratio, making it a perfect performer in the urban environment and beyond. Light, compact and agile as well as A1 licence-compliant, the Svartpilen 125 is perfect for new or younger riders looking to sharpen their skills and build confidence in style.

Offering rugged styling in a progressive package, the Svartpilen 401 delivers a dynamic riding experience in the urban environment and out of town. The strong and tractable 373 cc, 44 hp single-cylinder EURO 5-compliant engine, streel trellis frame, low weight and high-performance WP APEX suspension combine to make a machine that is capable and manageable. ByBre brakes and Bosch ABS offer powerful, controlled stopping while the Easy Shift allows for clutchless gear changes. Pirelli Scorpion Rally STR tyres add to its rugged looks and offer exceptional grip on a wide variety of terrain.

The Vitpilen 401 shares the Svartpilen 401’s 373 cc, 44 hp single-cylinder EURO 5-compliant engine, giving it the same wide-ranging ability both in and out of town. A dynamic chassis, easy ergonomics and low weight make for an engaging ride while the WP APEX suspension guarantee instant rider feedback. The Vitpilen 401 also benefits from ByBre brakes and Bosch ABS for outstanding stopping power, as well as Easy Shift for clutchless gear changes. With its smart, striking finish and design, the Vitpilen 401 shows its true colours for 2022.

The new graphics of the Vitpilen and Svartpilen models enhance their stunning appearance and reflect the progressive mix of modern thinking and classic design informed by the brand’s Swedish heritage. 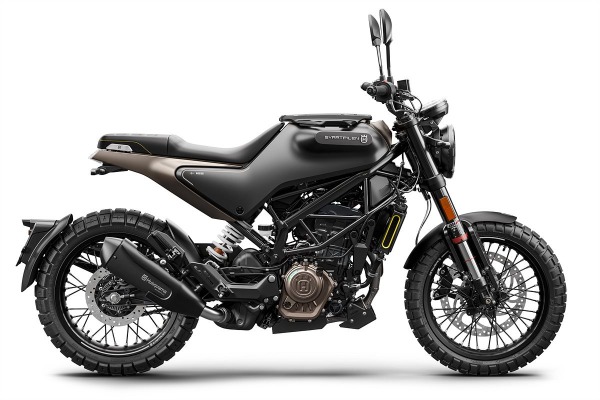 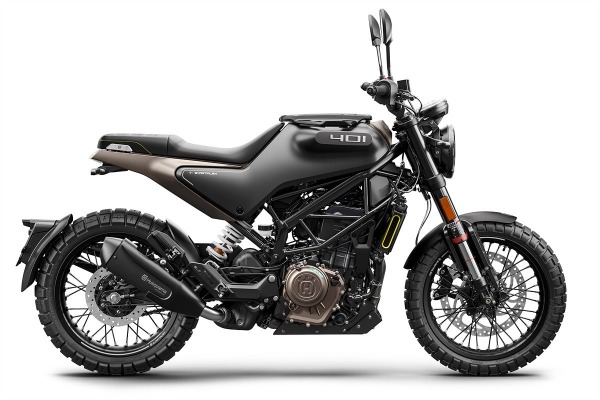 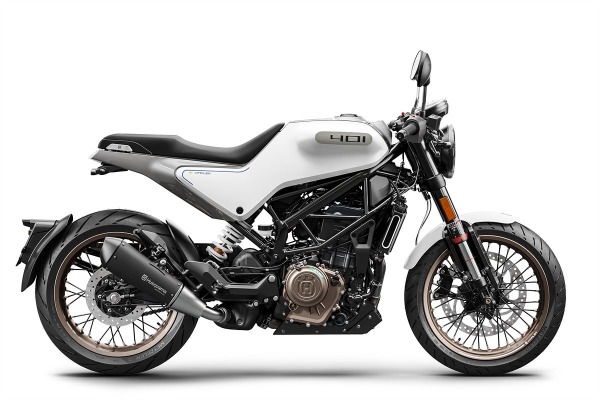 THE SUPER SCALPEL GETS A SHARP NEW LOOK 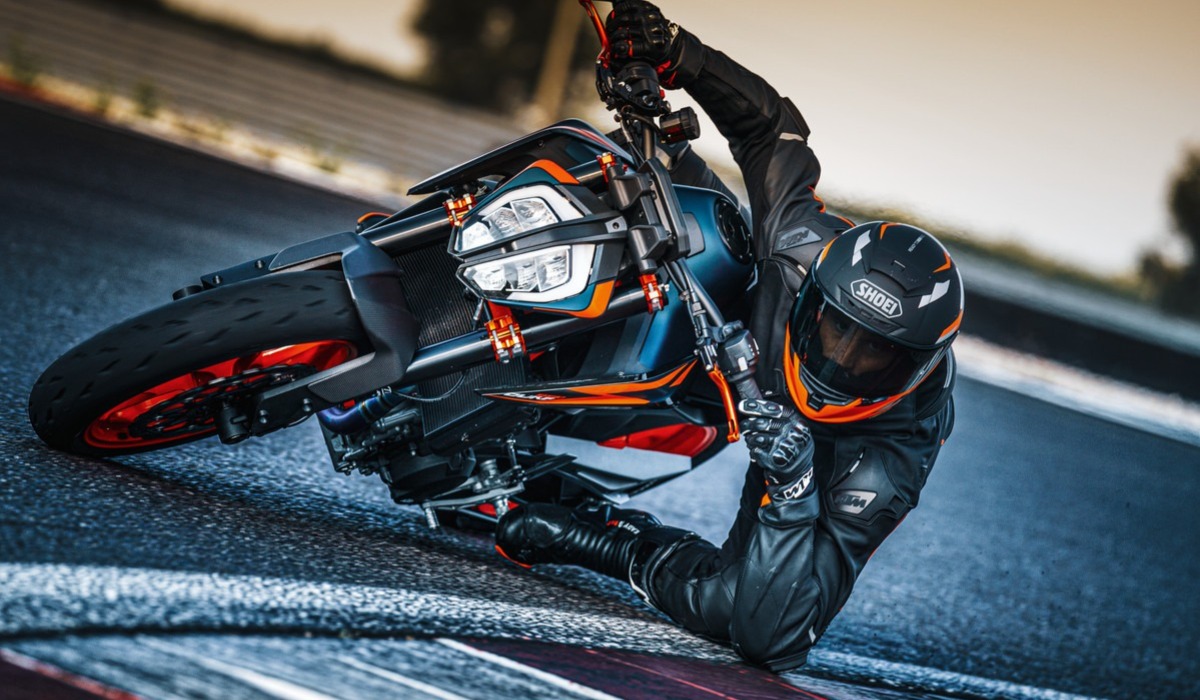 Having been around since 2020, the KTM 890 DUKE R has proven itself to be the undisputed champion in the middleweight segment. Boasting an impressive 121 HP and 99 Nm of torque, it represents as a serious option for race-centric riders looking for agility, punch, and poise.

The KTM 890 DUKE R is dubbed THE SUPER SCALPEL on account of its lightning-fast steering geometry. Thanks to the load-bearing design of its tubular steel chassis and adjustable WP APEX suspension, it remains a no-compromise middleweight naked bike, equally at home on twisty mountain passes as it is on the racetrack, delivering more power, more torque, and more intense asphalt-carving agility than any other parallel twin in the segment.

While its forward momentum and agility are exemplary, the KTM 890 DUKE R also excels when slowing down. Front monoblock Brembo Stylema calipers grabbing meaty 320 mm discs on the front, along with an adjustable Brembo MCS master cylinder, mean that THE SUPER SCALPEL stops as quickly and precisely as it attacks apexes. A set of sticky Michelin Power Cup 2 tyres provides reliable grip on all asphalt surfaces in all weather conditions.

In terms of electronic wizardry, the KTM 890 DUKE R makes use of Cornering ABS and Cornering MTC (motorcycle traction control) with a 6D lean angle sensor that not only detects the side-to-side (roll) and forwards and backward (pitch) movements of the bike, but also the rotation of the bike on its vertical axis (yaw). This translates into comprehensive traction control management, accomplished by the use of a wheel slip control sensor and a pitch angle control sensor.

The biggest difference is obvious: the KTM 890 DUKE R now features a premium hue of matt paint. Called ‘Atlantic Blue’, the color is reminiscent of the palate used on the KTM RC16 GP racer and recently the KTM 1290 SUPER DUKE R, adding to THE SUPER SCALPEL’s READY TO RACE demeanor. Typical of all KTM ‘R’ models, the signature orange frame continues to provide the perfect contrast of colors while strengthening the READY TO RACE presence.

With its new look to match its performance and character, the KTM 890 DUKE R once again promises to be a track-ready machine you’ll want to ride every day.

As always, a full range of specially created KTM PowerParts has been developed to personalize and further intensify your ride. A range of KTM PowerWear ensures the rider gets the most out of themselves and boosts their READY TO RACE performance.